Once a visionary with a California dream. Today, her dream is a reality

Deep Connection to the Land

“As a kid living with my parents in Mendocino wine country, I always looked to Napa Valley as the place I hoped to live and to grow Cabernet Sauvignon grapes,” Hall stated. Having grown up on her family’s vineyard and always immersed in wine country culture, she felt a deep connection to the land.
Hall’s background in wine began right from the start when she developed a lifelong passion for working in the vineyards. In her young adulthood, she helped manage the family vineyard alongside her brother, a time Hall reflects upon fondly. “Back then we were still learning which varietals grew best in which valleys, but we always realized that if you wanted to grow Cabernet Sauvignon, Napa was the place to be,” she said. During this time, her family produced Sauvignon Blanc and Cabernet Sauvignon under the WALT Vineyards label. And while she left home following her graduation from high school to earn a B.A. in Economics from UC Berkeley, her time spent getting to know the vineyards, working in the cellar, and helping to oversee WALT Vineyards production with her family ensured that she would return to wine country. 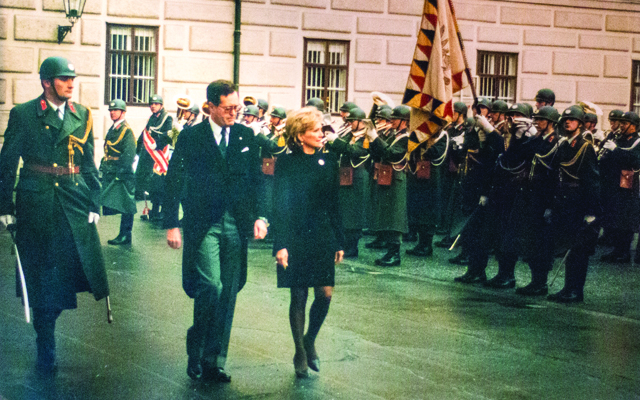 After her time at UC Berkeley, Hall set out on a successful journey of academics that included earning a joint MBA from UC Berkeley & Columbia University and a J.D. from UC Hastings College of Law. With such extensive education, her career path was driven by versatility, and she became a strong and successful businesswoman, attorney, and community activist. Much of her work was focused on philanthropy and agriculture, and one of her first major career achievements was the development and administration of one of the nation’s first and largest affirmative action programs.
Hall also served on numerous non-profit and institutional boards, addressing issues related to social care and mental health; she co-founded the North Texas Food Bank; served on the U.S. House of Representatives Hunger Advisory Committee; and was the director/vice president of the Texas Mental Health Association. In addition to all these esteemed achievements, Hall served as the United States Ambassador to Austria from 1997-2001, focusing on issues related to American agriculture. It was following this prestigious four-year role that she realized her heart belonged in wine country and Hall was called back to the land with a deep yearning for living, once again, among the vines.
Hall reached back to her wine country roots and landed in Napa Valley in 2001 with the founding of HALL Wines. Today, her vast education, strong work ethic, and incredible career experience brings her an immense amount of leadership, skill, and passion in her role as Vintner of HALL Wines, WALT, and BACA Wines. And her philanthropic background serves as an ethos in everything she does at the estates, supporting and giving back across four areas that Hall holds dear to her heart: community, arts, responsible business practices, and entrepreneurship. 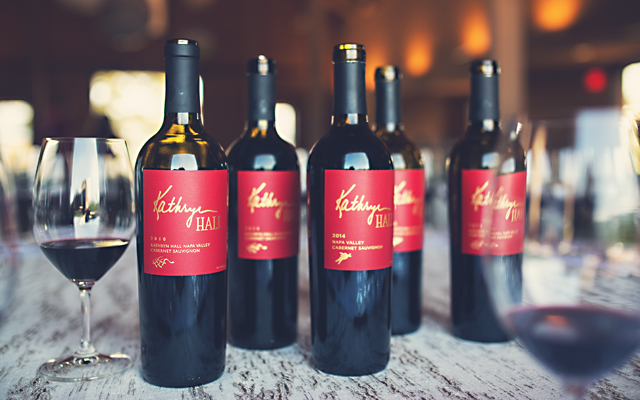 No longer a stranger to Napa Valley Cabernet Sauvignon, Hall has become one of the Valley’s most successful women in wine, overseeing several locations across the HALL, WALT, and BACA brands, and producing an incredible selection of highly rated wines. As a vintner, she is respected and loved, and her teams are comprised of longstanding members who have become part of the HALL and WALT wine family. She takes pride in staffing the wineries with good-hearted people who have the same love for the land and vineyards as she does, and together, the team works to craft some of the most distinct wines in Napa Valley.
“While I love California wine country as a whole, I have long held a special reverence for the Napa Valley, where we have such a great opportunity to grow and make Cabernet that ranks among the best in the world,” Hall said. And her namesake line of Kathryn Hall Cabernet Sauvignon has lived up to those expectations, with countless accolades and high scores from renowned wine critics around the globe.

This fall marks the release of the 2019 Kathryn Hall Cabernet Sauvignon—a wine that “had all the makings for a great vintage,” Hall stated. The 2019 growing season in Napa Valley began with enough rain and infrequent heat spikes, which lent itself to consistent ripening at an ideal pace. The resulting wines from this excellent vintage show a lot of structure with well-integrated acidity and depth. “We blend this wine first to make sure it meets its standard of flagship,” Hall said. And this year includes some of their most-celebrated vineyards, like their Sacrashe Vineyard and Rainin Vineyard. “Year after year, our Kathryn Hall Cabernet continues to be our flagship and most exciting wine,” she emphasized.

The release of the 2019 Kathryn Hall Cabernet Sauvignon comes with a celebration fit for Kathryn Hall herself—a woman with sophisticated tastes; a philanthropic heart that guides her commitment to her community, family, and friends; and a love for California wine country like no other. 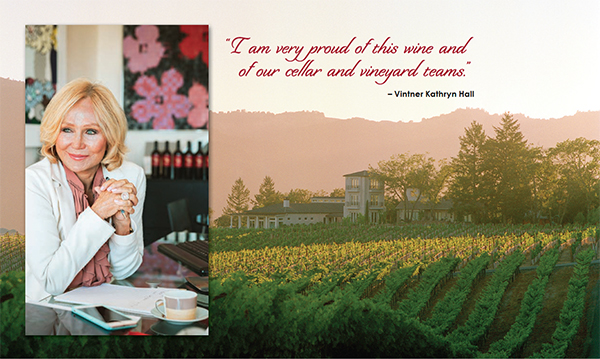 This year’s Annual Kathryn Hall Harvest Celebration will be held on September 10th at HALL St. Helena from 12 to 3 p.m. Three ticket options offer wine enthusiasts an opportunity to taste the new vintage and experience a selection of wine tastings. “This year, we will highlight the delight of living in California,” Hall said. “Not only can we make marvelous Cabernet Sauvignon here in Napa Valley, but we are all lucky to live and work in a state with such cultural richness and diversity.”
In addition to the 2019 Kathryn Hall Cabernet Sauvignon—which scored a very impressive 95 – 97+ point-range barrel rating from Robert Parker’s Wine Advocate—guests will get to enjoy other premium wines from the HALL collection. Wines will be shared with local food pairings, special VIP tastings, live music, and dancing. “California has it all and we want to celebrate that,” Hall stated. And this year’s celebration promises to offer special experiences that only California can offer. 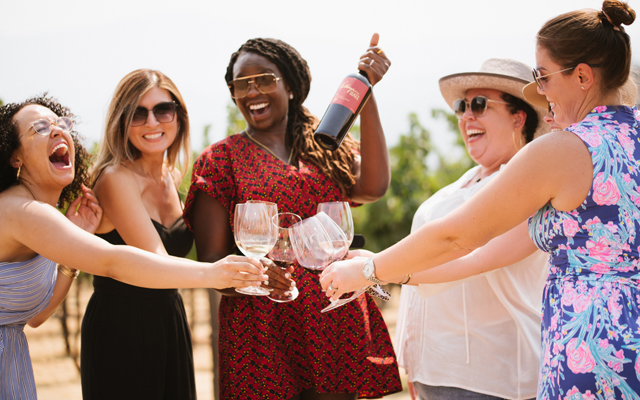 “I can’t wait to share this  vintage with our visitors.”
– Vintner Kathryn Hall