For decades when tourists travelled to wine and dine in the famed Wine Country of Napa Valley, they drove right past the downtown Napa exits on Highway 29. These days, downtown Napa should be a must-stop on the journey “up valley” to Yountville, Rutherford, St Helena, and Calistoga. Thanks in large part to the development of the Napa RiverFront and Promenade downtown Napa has become a destination worthy of spending the day and evening. 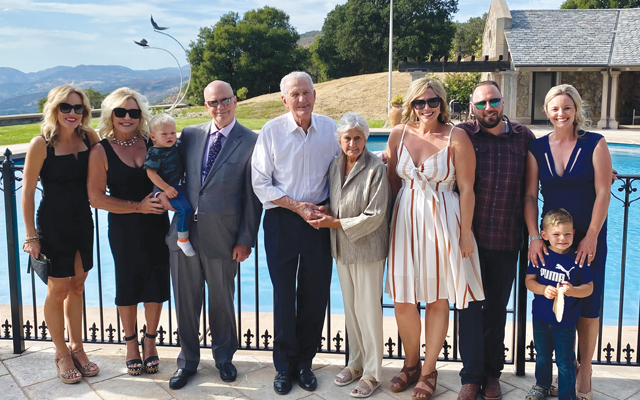 The mastermind behind the RiverFront Development project was Mike DeSimoni Sr., an Italian immigrant who arrived in America in 1948 at 13 years of age. He began his career in the lumber business a year later. In 1966 he went to work at Channel Lumber in Richmond, CA. and in 1969 he moved his young family to Napa. Since then, his family and his property have grown exponentially. Four generations of the DeSimoni family now share a 200-acre ranch. To say that this family is close would be an understatement. They not only live on the same ranch, but they also work together. After having worked his way up through the ranks at Channel Lumber, DeSimoni purchased the company in 1982, and eventually founded Channel Properties in Napa - where his granddaughter Bianca is currently the Sales and Marketing Manager, and his son Michael DeSimoni is now Channel Lumber’s President. DeSimoni’s granddaughter Gianna Collins runs their cattle ranch, and grandson Daniel DeSimoni works at the family’s Adobe Lumber Company.
In 2002, DeSimoni – who at that time was president of Channel Properties – received an award from the Napa Valley Historical Society celebrating his restoration of the Winship Building on Main Street. He said that this award and his work on the Alexandria Square Building gave him the necessary “street cred” for his next project: to build a commercial mixed-use project on the family-owned Noyes Lumber Yard property at the southwest corner of Soscol Avenue and Third Street. There was just one problem: A flood control project in the works with the Army Corp of Engineers required that the river be widened at that spot. It was time for the ultimate pivot. DeSimoni struck a brilliant deal in which he purchased the land north of the Old Napa Mill property at Fifth and Main streets and traded his property across the river with the county. DeSimoni now had a project site that became Napa’s RiverFront and Promenade. It was important to DeSimoni that the architecture and land-use reflect his European roots. Construction began in 2007 and in 2009 the RiverFront Development was awarded the Mixed-use Project of the Year by “Top Projects in the North Bay”. 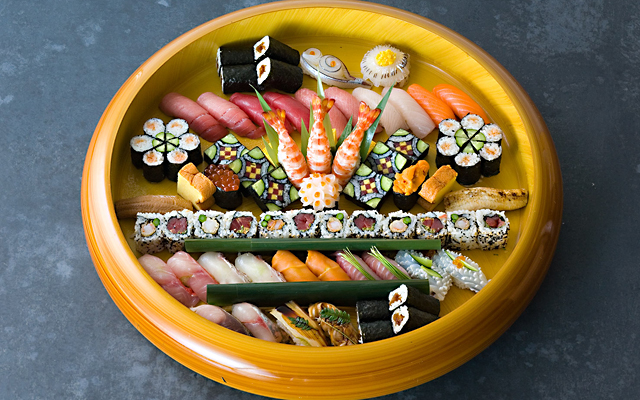 When word got out that “Iron Chef” Masaharu Morimoto had signed a lease to open a 7500-square-foot signature restaurant at 610 Main Street it created a buzz in the Bay Area about the RiverFront, and the excitement and anticipation of what other businesses would line the Promenade grew. Morimoto Napa would seat 200 diners that surely would take note of and patronize neighboring establishments in the future.
Next, Celebrity Food Network Chef Tyler Florence, a Mill Valley resident, signed on to open a fast casual restaurant and retail shop - and then the RiverFront scored North Bay Area restaurant developer Michael Dellar’s new restaurant at the intersection of Third Street and Main Street called Fish Story. Even though only Morimoto Napa remains of those three, the important thing to note is that people in the culinary world and travel industry all had become very much aware of this beautiful new development on the Napa River in downtown Napa!
To this day the excitement continues to build. Entrecot, an Argentine restaurant just opened on the Promenade - and later this fall, Morimoto Asia is slated to open in the prominent location on Third and Main that once housed Fish Story and later Basalt (a victim of the pandemic). Its menu will not compete with Morimoto Napa a few doors down, as it will be more of an Asian-fusion menu.

There are other existing retail stores, such as the Arena Gallery and Shoppe Twelve, that are playing a bit of musical chairs, switching locations within the RiverFront, providing a new location for the Napa Valley Coffee Roasting Company to move from its location further down Main Street. The Roasting Company will gain more square footage as well as outside seating at this location. Other restaurants on the Promenade include Los Agaves Napa, serving authentic Mexican food, and the Waterfront Seafood Grill, serving fresh seafood.
It should be noted that the first retail store to open back in 2009 was Helen Lyall – a women’s clothing store. Helen’s son’s adjoining men’s clothing store, Scott Lyall opened shortly afterwards, and both are still thriving. In addition to the stores mentioned above, additional shopping includes Shoppe Twelve Girls; Ivy, Twig & Twine – with sophisticated casual, home and garden décor; Napa River Velo – where you can buy top of the line bicycles and rent e-bikes; Zuniga Optical and Sidestreet.