Doug Margerum Nominated as Winemaker of the Year

Doug Margerum and the Margerum Wine Company .announced Doug’s nomination as Winemaker of the Year for the 23rd anniversary of Wine Enthusiast’s coveted Annual Wine Star Awards, which honors individuals and companies that make outstanding contributions to the wine and alcohol beverage world. Winners will be announced in the magazine’s Best of Year Issue in December 2022.

This is a terrific personal recognition and professional acknowledgement for Doug and the decades of contributions he has made to the Santa Barbara culinary and wine scene. Since his 1981 opening of the legendary Wine Cask restaurant, to his launching of the infamous Wine Cask Futures program in 1984, to his partnership with Bob Lindquist (Qupé) and Jim Clendenen (Au Bon Climat) in 1986 for Vita Nova Winery, or to his starting of Margerum Wine Company in 2001 and Barden Winery in 2012, Doug has been an instrumental part of Santa Barbara’s success as a global food and wine destination. This point was further cemented last year by The Wine Enthusiast as they named Santa Barbara Wine Country as the Region of the Year for the same Annual Wine Star Awards for 2021. 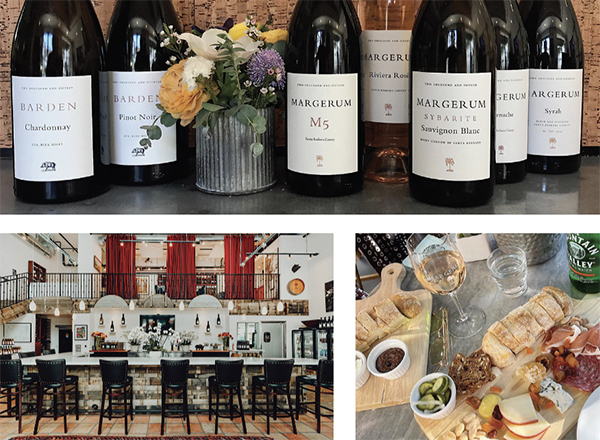 Doug Margerum’s winemaking philosophy is to return to winemaking’s previous form of production – handcrafted and personal – and produces limited quantities of wines made from grapes grown at the Estate Vineyard in the Los Olivos District and at top vineyards from around Santa Barbara County. The wines are made at their state-of-the-art winery located in Buellton. Margerum primarily produces the M5 wines (Rhône varietal white and red blends); a co-fermented Syrah called Über; Sybarite Sauvignon Blanc; Riviera Rosé and other single varietal Rhône wines. In 2014, Doug released the Barden wines, which focuses exclusively on the terroir of the Sta. Rita Hills, sourcing fruit from top vineyards in the appellation and makes limited amounts of world-class, cuisine-friendly and age-worthy wines.

Margerum sells a significant portion of their small production wines Direct to Consumer via their beautiful Santa Barbara Tasting Room at the Hotel Californian, which offers an array of curated wine flights, private wine experiences, dinners and cuisine. The upstairs in the Mezzanine is also available for private bookings and events.
Doug also consults and produces wines for several local Santa Barbara wineries including Happy Canyon Vineyards and Paradise Springs Winery. Additionally, he has created several vibrant Private Label programs for restaurants and retail groups all over the country along with the negociant labels Valle de Inez, Riviera Wine Company and Diseño Wine Company.