Frank Family Vineyards takes tremendous pride in producing each of their high quality, handcrafted wines. But, in 2016, they made an incredibly special and personal bottle, the RHF Cabernet Sauvignon, named after their inspirational owner and founder, Richard Harvey Frank. 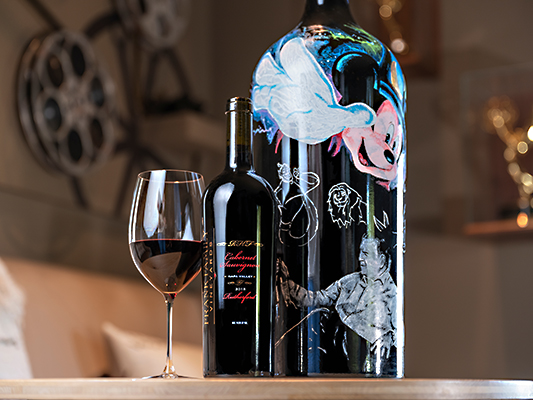 The release of the RHF came on the heels of the winery’s milestone 25th anniversary in 2018. As the winery enters a new era, a new wine was born. With Frank Family’s strong presence in Rutherford, the question was not where to source the grapes, or which variety to choose, instead what they would call it.
“We wanted to create something special for our club members and guests who visit us at the winery, and I thought who is more special than my husband, Richard Frank? All of our vineyards are named after our grandchildren and our dogs, so it was time to have a wine named after the man who started it all,” says Frank Family Co-Proprietor, Leslie Frank. 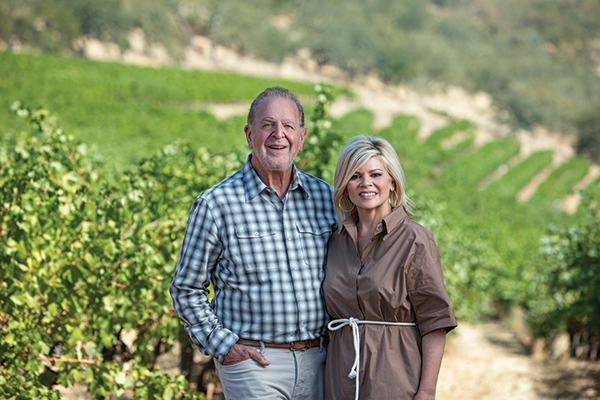 Rich Frank previously spent his career as a film executive in Hollywood, serving as President of Disney Studios for a decade before opening the doors to Frank Family Vineyards in 1993. Today, Rich and wife, Leslie have proudly grown their passion for wine into a business. Frank Family Vineyards has become a household name for premium Napa Valley Cabernet Sauvignon and Chardonnay, consistently receiving high critic ratings and winning awards for having the best tasting room in Napa Valley. 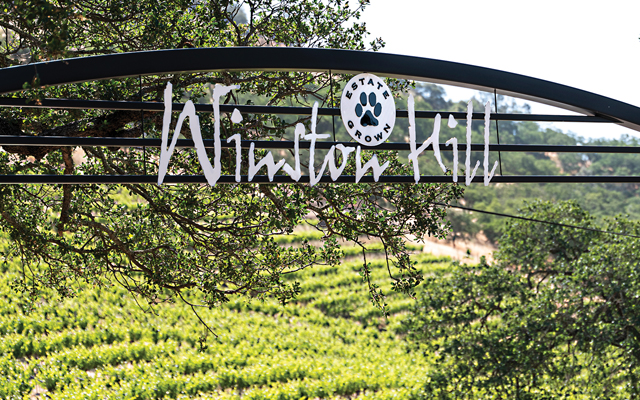 RHF also pays homage to Frank Family’s estate Rutherford vineyards from which the wine is sourced: Frank Family’s own Benjamin Vineyard on the valley floor, and their crown jewel hillside vineyard, Winston Hill. It is here, on Winston Hill’s southwest-facing slopes where Frank Family’s finest Cabernet Sauvignon grapes grow.
The prestigious Rutherford viticulture area is home to some of Napa Valley’s most celebrated wines and has been home to Frank Family’s coveted Cabernet Sauvignons for the past few decades. The RHF captures the character of Rutherford from its endless layers of soft, silky black fruit and punches of cinnamon and classic Rutherford dust that has come to define the great wines of this wine-growing region. 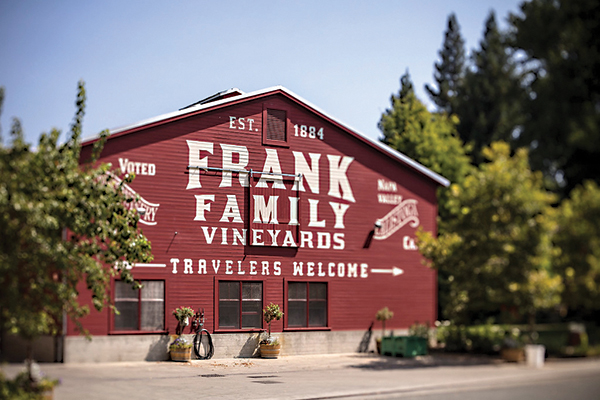 As Frank Family kicks off its 28th harvest season, the winery is delighted to release the third vintage in an already incredible lineage of wines, the 2018 RHF. Hailing from an impressive and near-perfect year, this Cabernet Sauvignon also sees small additions of Merlot, Petit Verdot, and Cabernet Franc. “The latest release of the RHF is soft and supple and, despite its youth, is already showing beautifully in the glass,” said Frank Family Winemaker Todd Graff. “It will continue to grow and find added grace for decades to come,” he continued.

he RHF is available to purchase exclusively at the Frank Family tasting room located on Larkmead Lane in Calistoga and on the winery’s online wine shop at frankfamilyvineyards.com. The wine is also available to taste as part of Frank Family’s elevated Wines of Winston Hill Tasting, featuring their highly acclaimed red wines that all share a common source of origin.