... and a Little Unconventionality

A self-described nerd, Ralph Hertelendy is definitely not your average winemaker. Passionate about a lot of things – Hertelendy offhandedly mentioned that he speaks five languages – he makes it his mission to try and learn something new almost every day.

This lust for knowledge and a bent toward perfectionism has helped Hertelendy hone his winemaking skills over the years. The results have been dozens of awards for his wines as well as repeated high scores from the usual round of suspects like “Wine Spectator,” “Wine Enthusiast,” and Robert Parker’s “Wine Advocate.”
Accolades firmly in hand, Hertelendy has devoted himself to creating elegant, small production wines. “It’s my profound passion striving towards excellence,” says Hertelendy adding that there are, “just not enough mind-bending wines in the world.”

Quirky and interesting, Hertelendy is also a bit of a zealot when it comes to upending people’s preconceived notions about wine. He likes to throw curveballs about certain varietals, and tease people with interesting labels and tasting notes that turn conventional wisdom on its head.

Take, for instance, his Chardonnay. Most people have come to equate Chardonnay with a light yet buttery flavor profile thanks to early harvesting and relatively short barrel time – eight to ten months on average for a wine that’s on the shelves in under a year.  Hertelendy’s Chardonnay is an anomaly using riper fruit that showcases the voluptuous, unctuous nature of the grape at its best. Aged 17-19 months, his is a big, “Hawaiian” style Chardonnay with bold, tropical notes of guava and pineapple.
Conversely, his Cabernet is more delicate and Hertelendy describes it as, “elegant and well balanced, not an overly tannic powerhouse.” 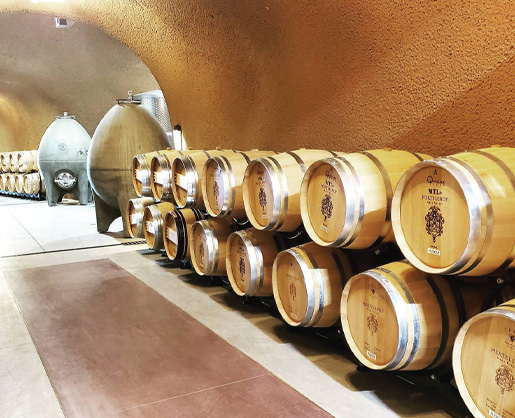 “I like to make wines that people don’t expect.  To do the opposite of what something should be,” said Hertelendy. To make his case, he points to Merlot, an unappreciated grape that has suffered greatly from its portrayal in the film “Sideways.” Hertelendy feels that the disparaging reputation is undeserved.

“Merlot can be phenomenally good and complex.  Unfortunately, people no longer have an affinity for it. I’m hoping to change that mindset one bottle at a time.”
Benefitting from an early nomadic life – living in interesting places like Brazil, and all over Europe with parents of international origins – Hertelendy has a strong appreciation for cultural differences. He traces his winemaking roots back some 300 years when ancestors from Hungary brought the family tradition with them to the new world. Growing up, he was allowed child-size sips of wine in the European tradition and soon, was making beer at age 15 and wine ten years later in his parents’ basement. All of this combines in the reverence he brings to winemaking. 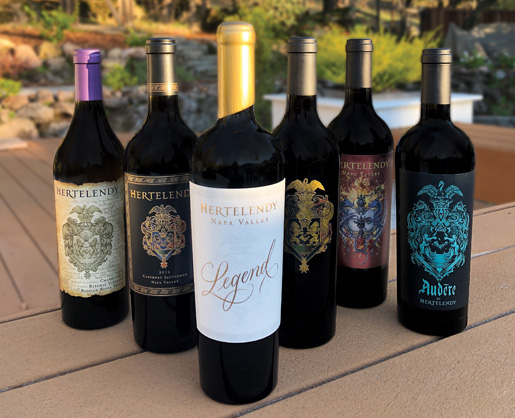 In addition to the beautiful, high-quality wines in the bottle, Hertelendy works hard to capture consumers’ attention with what he calls “Easter Eggs.” Using thermochromic ink, his Chardonnay label changes color when it reaches optimal drinking temperature. There is also a red blend with a glow-in-the-dark label and another that comes to life using augmented reality on a tablet or smartphone.

“I like to put a different angle or perspective on things. A fresh spin, as it were,” said Hertelendy.  For him, this not only includes what’s on the bottle, but what’s in it as well. 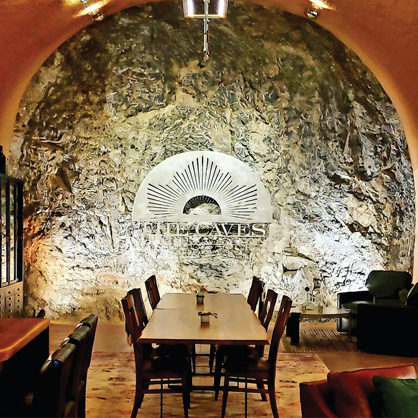