Crazy? Courageous? Or Both?

Opening any restaurant is surely a labor of love.  Opening one – let alone three – during a global pandemic is ... choose one: A) Slightly nutty;
B) A monumental undertaking; C) Not for the faint of heart; D) All of the above.
Letter D is the obvious answer and the man who fits the bill is none other than restaurateur, Terry Letson. The proprietor of north Napa’s very successful and extremely popular Fumé Bistro since 2002, Terry has toiled long and hard to bring three thriving new restaurants into existence since “inking the deal” in November 2019.

The first two restaurants, Sunshine Café and North Spirits and Tapas are side-by-side cousins, both located at 1540 Trancas Street. Terry’s third venture, newcomer Petit Soleil, is a downtown haven that opened in July of 2021.

A frequent visitor to the Napa Valley, Letson made the official leap some 25 years ago from his native Southern California. There, after culinary school and a with background in food chemistry, Letson cut his teeth in the heyday of Wolfgang Puck’s Los Angeles food scene, finding his own unique style with both wine and food. Fed up (his words) with the smog and vibe in L.A., Letson describes an “aha” moment that led him to make Napa his permanent home in 1989. A couple restaurant jobs later – Giovanni’s and Chandon among them – he summed his courage, hanging out his own shingle with the now neighborhood favorite, Fumé Bistro.

Twenty-some years later, he’s capitalized on that singular success, expanding to open three new restaurants in the span of just a couple years, pandemic notwithstanding. 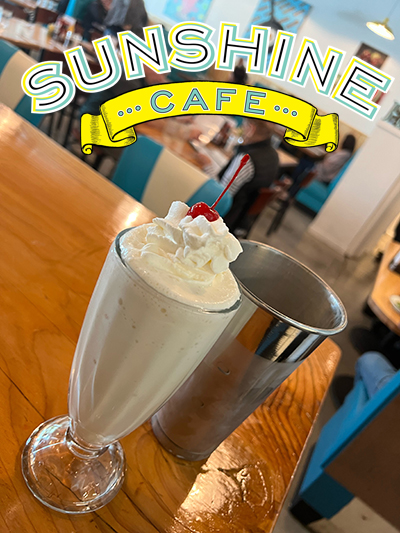 Sunshine Café came first. Instantly famous for its thick and delicious milkshakes, the Café serves breakfast and lunch every day of the week. Think local, farm fresh, seasonal and sustainable food dished up in a cheery diner-esque atmosphere that recently added a supper offering, served Tuesday through Saturday from 4 to 9 PM. 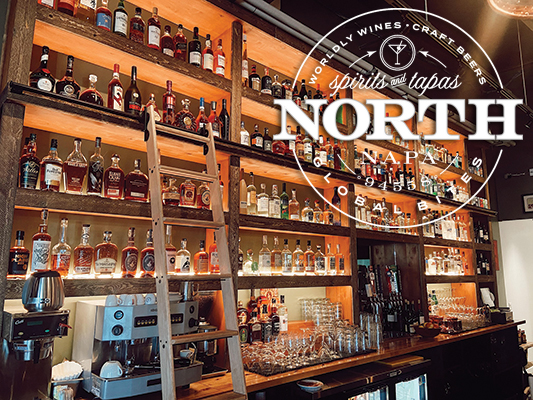 Sunshine Café and North Spirits and Tapas share two sides of one building, using the same kitchen and customer bathrooms. This has helped keep costs in check while providing two unique experiences for customers:  breakfast on one side; booze on the other, according to Letson.
However, reaching these milestones has been no small chore.  “Getting these two restaurants off the ground – followed shortly after by Petit Soleil – took a year longer than anticipated,” said Letson.  “The pandemic-related shut down sucker-punched us, but we took it in stride and just kept working until we pulled it off.”

With his solid SoCal track record in creating and growing successful restaurants and wine establishments, Letson is no stranger to the industry. But all things pandemic – including permitting delays, a severe lack of building materials, and eventually, a staff shortage – dogged him every step of the way. Luckily, his past success and reputation kept supporters and backers invested in the projects.

“Our timing could not have been worse but who on earth anticipates a global shut-down?” said Letson.  “If there was a delay or price increase, we were sure to feel it somewhere. From lumber to fabric for our booths to everything in between, it was just one thing after another.”

Finally, Letson and team prevailed, opening Sunshine Café in August of 2021 and North Spirits and Tapas in November of that same year. Both have been an almost instant hit with locals and visitors alike.

As for Petit Soleil, an impossible-to-pass-up spot in downtown Napa became available in 2021. The space needed extensive renovations to turn it into a restaurant but, undeterred, Letson signed the lease and began the remodeling process. Many of the same problems haunted this project but, like a well-seasoned hamburger, Letson forged on, putting one foot in front of the other until opening day in February 2022.

Today, Petit Soleil is a busy neighborhood nook bursting with positive energy.  Much like Sunshine Café, the space is open and bright, festooned with colorful paintings and a cheerful vibe. Serving breakfast and lunch with an emphasis on fresh, local ingredients, Petit Soleil is as fantastic as its name.
“It’s been a longer road than we anticipated but, success breeds success and we are now riding the wave,” said Letson. “The restaurants became busy quickly.  After a lot of searching, we’ve got amazing staff in each location. We encourage everyone to come and experience what we’re about.”